What’s on the workbench? 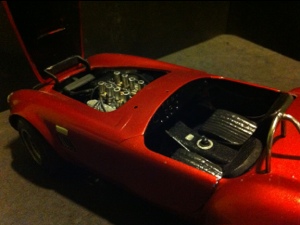 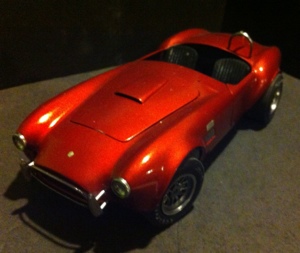 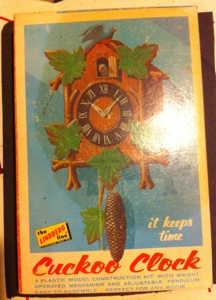 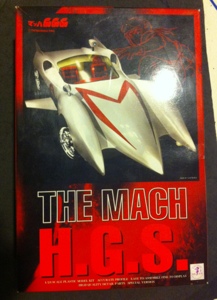 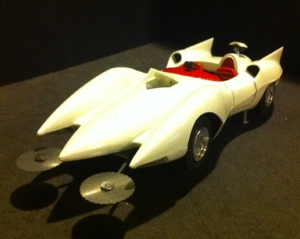 Yeah… The wok bench is cluttered. Besides these three kits, I still have the Rancor (the blood thirsty one from an earlier update) and I just started priming and prepping Darth Vaders’ Tie fighter. Too many models, too little time. It’s not my fault. They are just so inexpensive, i must buy them and they must be built.

These three kits were real bargains. Total cash outlay for all three was $10. $2 for the Cobra, $3 for the Cuckoo clock and $5 for the Mach 5. Gotta love flea markets and mis-categorized auctions on eBay.

The 1/16 Cobra is/was/still is a basket case. My wife found it at the flea market, already assembled but fairly complete, it even had the box! It’s missing a few minor things and one major item, the windscreen frame. I’m at the point now I have to do some serious fabricating to finish the model and add all the missing items. Since it was so rough, I’ve used it as an experiment in scratch building and learning techniques. Definitely not show quality, but it will look cool on the shelf. If I don’t drop it again. The funny thing about using super glue, when you drop your kit, it doesn’t break. It explodes! Luckily the glue joint is the weakest part and nothing actually breaks. More will be done, but I’m at the point where I need to box it and not look at it for awhile. If I keep working on it, it may nit be an accident the next time it goes flying through the air.

My cuckoo clock… This kit proves that the world revolves around me. Last year, I found a NIB Cuckoo Clock Lindberg kit at spring Chiller Theater show and got a real jonsin’ for this odd ball piece. At $40 it was more than I was willing to spend on a novelty, at that time anyway. For the spring 2012 Chiller show, I was determined to pick it up, but it was sold. Darn. Frown face interested here. But the next day, I went to the flea market and had just finished commenting to the spouse about how I really wish I had picked that kit up when, low and behold on that yonder table, what do I see? A Lindberg Cuckoo Clock kit! Used, but 99% there plus enough spare parts to build two of kits. See that, I think about it and then *poof* I get it. Either I am the centre of the world, or I have the strange mutant ability to bring out of production model, of obscure subject matter, into existence.

I did mention it actually works, right? No. Well it does. Hopefully I can finish this thing up and get a video of it in action.

As far as the build goes, it was a simple restoration. Strip the paint, fix a few items and re-build. Painting is pretty simple, I went with autumn colors in acrylic, that I brushed on. It’s not a bad paint job. Before I call it complete, I’ll probably use the airbrush to help blend in the transitions from orange to yellow a little nicer. I do enjoy organic style painting, it’s far easier than trying to paint straight lines, keeping the paint shiny and blemish free. One issue I had, the decals. Decals that are nearly 50 years old, should never, ever be used I guess. I put them on and the next day they started to crackle and fall off. Oh well. They didn’t look good anyway. I’ll come up with something better for the face anyway. Yes, I’m the jilted model builder.

Next up is this swell Mach 5 High Grade Special kit. This thing is sweet! It has photo etched metal parts, vinyl hoses, and all of the goodies in the real Mach 5. You know, saw blades, robot homing bird, glass canopy, wings, jacks, propellers, video screen and a periscope. I feel bad for the guy selling this on eBay, I was able to snag this kit for $5! Every other kit like it has an asking price of at least $50. I’m keeping this kit simple, just a straight forward, paint it and build it. Right out of the box. No filling in seems, or anything beyond the basics. Since it is a Japanese import kit, it’s got first class fit and finish. There are a few minor problem areas, maybe one day I will address them. But right now, I want a simple, straightforward build. Hopefully i’ll have it done soon!

That’s all for now, time to get back to work.