Truckin’ J-Pop, Shonen Knife Really Needs to do a Song About Dekotora Truckers 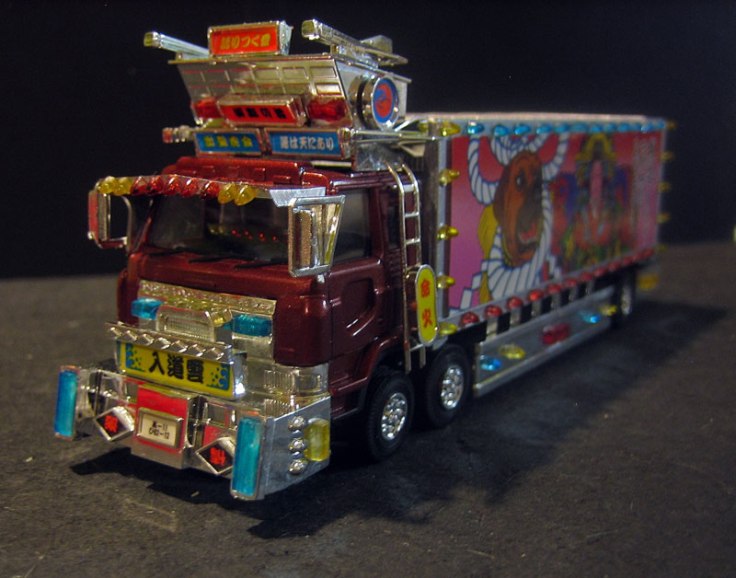 I finally finished this little beast. It is tiny. I guess it’s a good size, but for my taste, it’s really small. It would be awesome to use for an HO scale train layout. I guess HO is 1/64, isn’t it? I could look that up, but I’d rather not do that at the moment.

You don’t know how frustrating it was putting on all of those tiny colored lights. The worst part was, there were no locating pins or positing marks for most of them. So, it took a lot of eyeballing to get there placement sort of right. At least they had a few extra lights on the sprue. I dropped and mangled quite a few of those tiny buggers.

As an added bonus, I found out CA glue does not like chrome. Not at all. It fogs up the chrome, grrr. At least I found this out on a $5 model kit.

Overall, it was a pain in the butt. I still like it, but I would rather do a much larger Dekotora truck. I’m still fascinated by them.

I wonder, are there any J-Pop truck driving songs? Something along the lines of Jerry Reed, Eddie Rabbit or CW McCall. I bet Shonen Knife could put out a kick-ass trucking song.