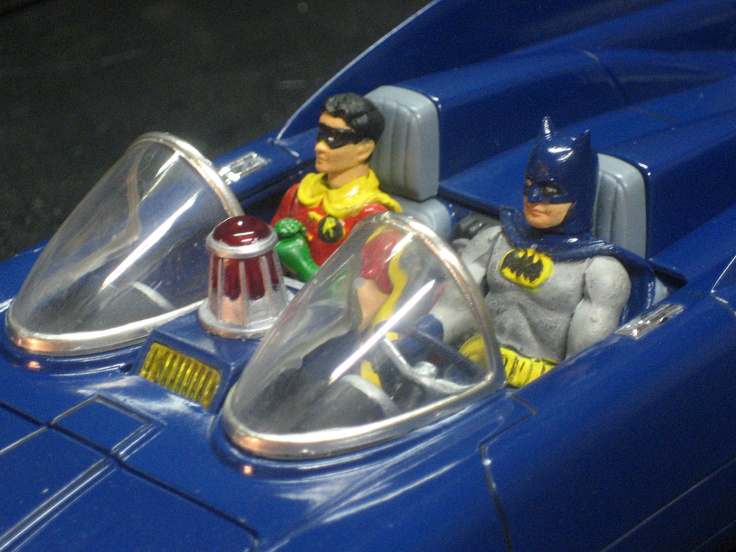 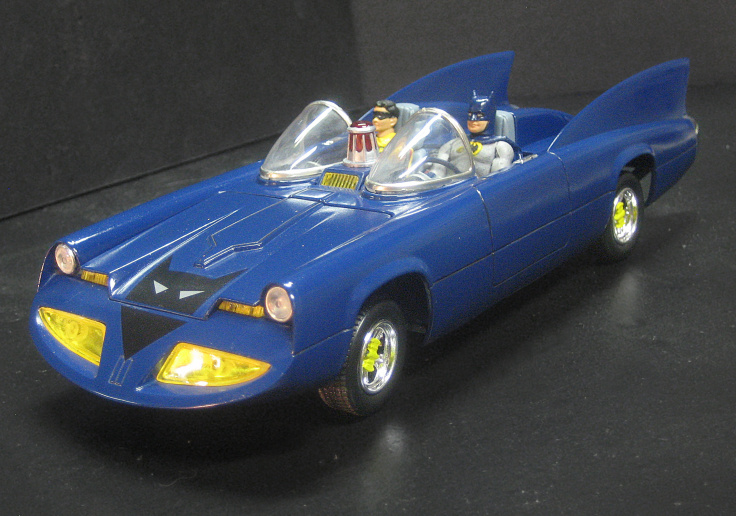 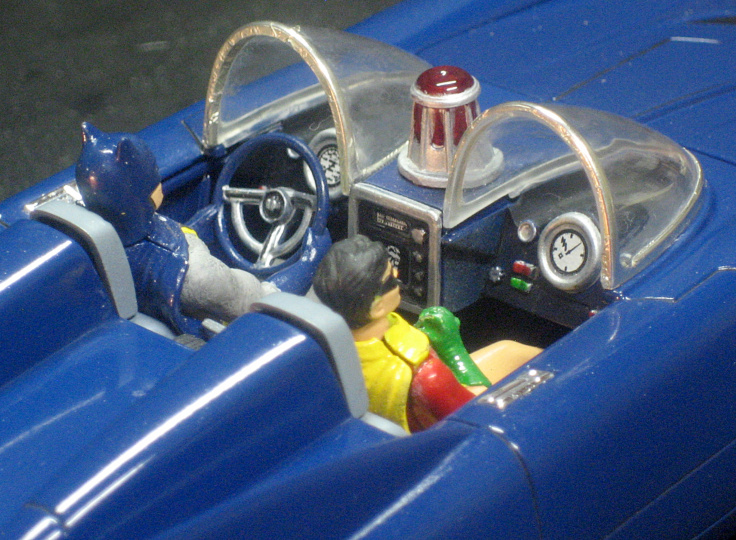 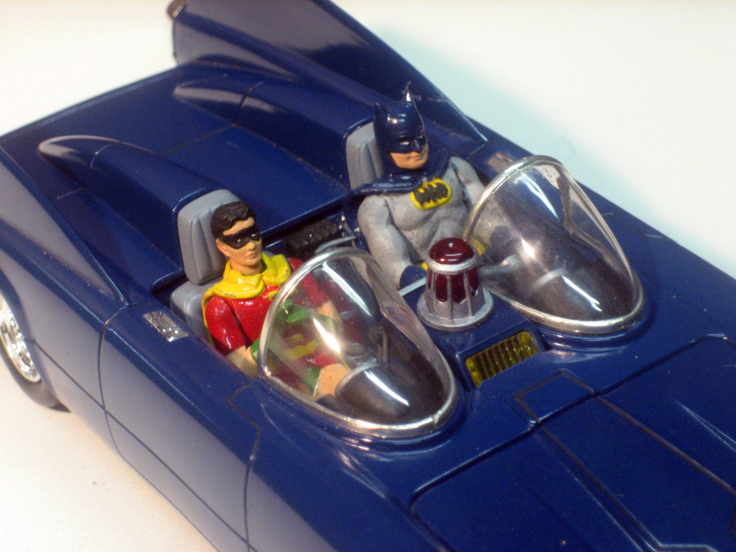 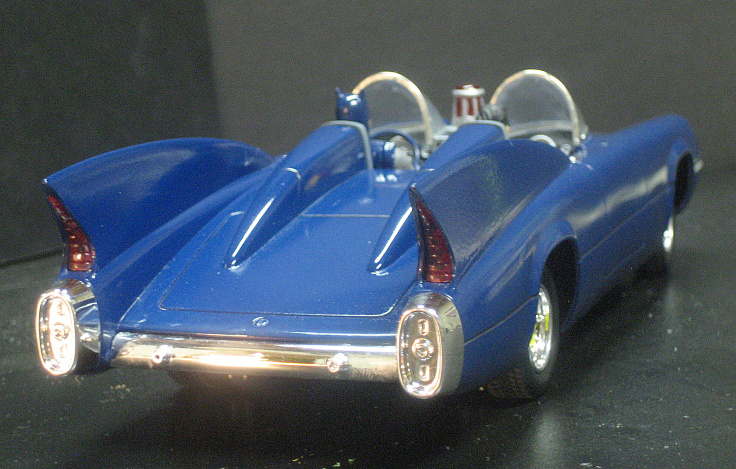 I refuse. It’s been done so many times, it’s just not funny anymore. It’s been nearly 50 years of it and it needs to come to an end. Not saying the show isn’t funny or worth watching, I am just feeling really lazy and I’ll just screw it up anyway.

Since I’ve admitted I’ll never be the next Bruce Vilanch (and who could be?), I’ll just have to hope that one day movie studios will turn away from CGI effects and want to go back to practicals. Then all my hours of effort building models will be a valuable skill which will allow me to win an Oscar for special effects and I will achieve fame and fortune! Gero (sorry for the odd reference I was just channeling Keroro  Gunso for a moment)

This blue beauty bat-car is an awesome piece of plastic, that I received in a even up model trade. A friend traded me a ’59 Impala for this. Man, he was crazy! This is a Polar Lights kit. They built some fantastic kits based on well known properties. The fit and detail on this kit is fantastic. It’s really tight. Literally tight. It was tough getting everything in place due to the close tolerances. But once you get it all in place, it looks awesome. The only thing I would criticize, the body had that swirling plastic effect from being molded. And that is really tough to hide. The instructions are a bit lackluster, but not really hard to figure out.

Building it went super smooth. The only issues were through fault of my own. Like how I dropped the air cleaner while painting it and found it stuck to my shoe. Or how after I spent the effort getting the lights wired up with LEDs, put the kit together for final assembly and came back to find the old 3 volt watch batteries were now dead. I guess I should have bought new batteries.

It’s a cool kit. Even as a non-Batman fan (though Frank Miller’s Dark Knight is my favorite comic book ever) I loved putting it together and painting those cool figures. This car would make an awesome toy. If I ever have a model demolition derby, this would be my first choice. The car is solid and tough. It could do some damage.