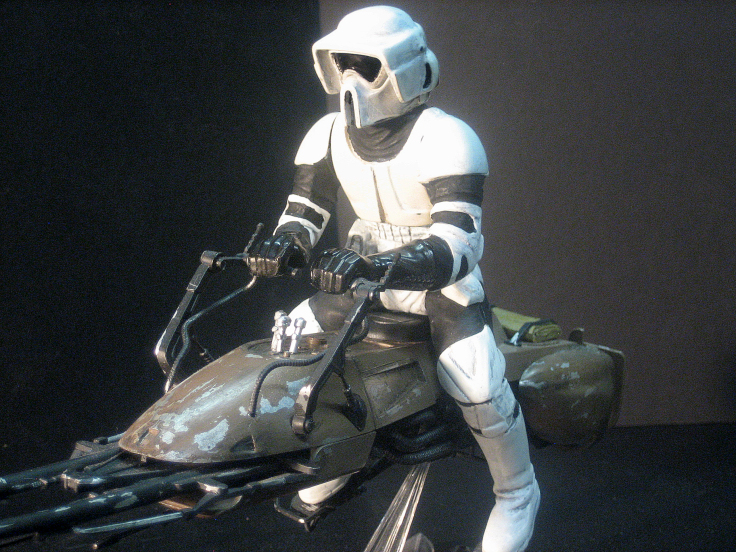 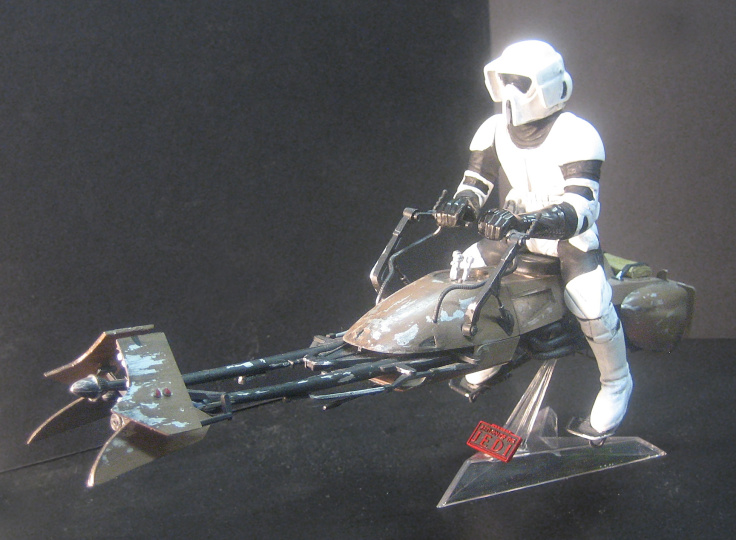 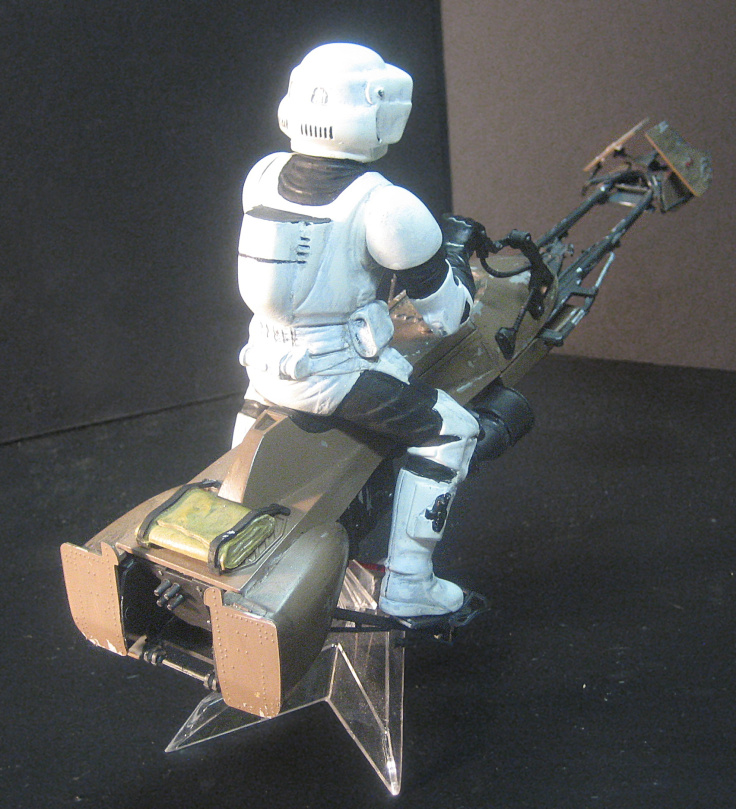 Ah… The sense of accomplishment from finishing a project. It feels so good to finish something, no? Just last weekend I finished up three model kits and it’s nice to have them out of the way. Now I can start working on some of the others I have sitting on the shelf.

I doubt anyone with an internet connection fails to recognize what this is a model of but it’s just bad form to not introduce the subject. The MPC Imperial Speederbike kit! This kit was originally manufactured in 1983 and has been re-issued numerous times since then. A unique kit due to the rather large scale of the subject. It’s definitely a piece I feel some nostalgia towards, since I had built one of the original ’83 releases.

I picked this kit up at Chillerfest for $25 new in the cellophane from the vendor Digital Realm Models. That guy always has some nice vintage kits and is reasonable with his pricing. $25 is more than I typically spend on kits, but I am willing to splurge a little at Chillerfest.

About the kit, it has a fair amount of detail and required little flash clean-up and barely any filling of gaps. It’s a real simple kit to put together and get a clean, nice model. I realized this going into the build, so I knew I had to make my life more difficult. I wanted to go with a battle dammaged/used look. It’s Star Wars, everything in Star Wars is used and abused. Using some of the techniques listed on StarWarsModels.com, I formulated an action plan and went to work.

The Build. With a quick coat or primer on the basic kit, I sprayed on a thin coat of silver paint. Then I took some rubber cement and dabbed on the spots that would typically receive wear and tear. After the cement dried, I brushed on some Tamiya brown in several thin coats. After the paint dried, I rubbed off the cement (making several awesome glue boogers). I think the technique went well. It could use some refinement. But, I prefer to perform my experiments in real time and take my chances. I do like the look but I will admit, the paint chipping is too large for the scale. For the biker scout, I’m a bit disappointed. The weathering techniques on the figure aren’t that great. Maybe one day I’ll strip and re-do him. But for now, he is fine.

Overall, it was a fun and fast build. I picked it up at the end of April ’12 and finished it in early August ’12. Between this and three other kits, started at the same time, (plus building a new website and a half dozen for fun art projects) I really tore through the model builds this summer.